A common fact pattern is an individual shoots an animal originally thought to be legal only to then realize after the fact they were mistaken.  That person then leaves the animal and attempts to flee but is caught.  Not only will the individual face charges for illegally shooting the animal, but will also face a charge for wasting it. Another cause of waste is taking your animal to a wildlife meat cutter and then never picking up the butchered meat.  This obviously creates another incentive for you to pick up your meat and pay your butcher otherwise they can report you to Fish & Wildlife.

Waste is a gross misdemeanor, which can result in jail, fines and a criminal conviction on your record. Additionally, a conviction comes with a one-year suspension of the activity, which leads to waste – so if a person commits waste while hunting or fishing, then the fishing license is suspended for a year on conviction.

The criminal defense lawyers in our office fight these kinds of charges vigorously as we see the government investigate and charge these kinds of cases zealously.  The charges and the consequences a conviction brings can be fought and/or mitigated, especially when a competent legal team is engaged early on in the process.  Do not get caught unaware and make the situation worse: use experienced private representation and call us.

As criminal defense lawyers we emphasize awareness that any interaction with government agents on State, Federal or Private Land should be treated as a criminal investigation by the hunter and any others in the party should abide by our opinion on giving statements to any officer when approached. As an old wise hunter once said, “the less said the better.”  Remember, anything you say to an officer can be later used against you in a case. 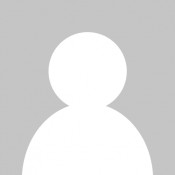